Meet the team at Rotech Laboratories

We are particularly proud of our staff at Rotech Laboratories Ltd. Our staff selection and training processes are thorough and consequently we now have a good cross section of age groups, qualifications and experience, from apprentices through to technicians, technologists and junior and senior management.

John began his career at Rotech in 2006. Joining the company as a metallurgist from a background based in the automotive industry working for the TRW group and being responsible for all aspects of metallurgical management at one of its UK sites. He progressed to Customer support manager in 2007 and from 2009 took on the role of Operations Manager overseeing all aspects of testing operations. In January 2016 John became General Manager of the company with overall responsibility for all aspects of technical operations and the provision of resources needed to ensure the required quality of the laboratory operations commensurate with excellent customer service. John’s remit extends to all Rotech group sites. 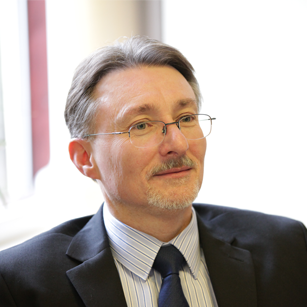 Joining Rotech in June 2019, Craig has 30 years’ experience working within the aerospace and automotive industries. His knowledge and experience of working in UKAS and NADCAP laboratories sees him well equipped to Head the Metallurgy department.

Craig’s expertise includes the testing and examination of Nickel, Steel and Titanium Alloys. 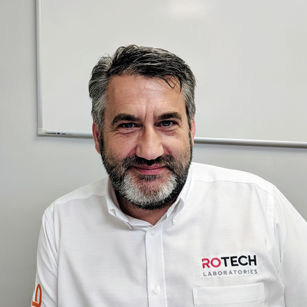 Dave started his career in Engineering as a trainee in 1992 for a large Testing Organisation, where he rose through the ranks to become the Business Manager.

In July 2005 Dave left to start his own Business outside Engineering.

After a successful spell running his own Business, Dave was tempted back into Engineering by Rotech Labs in September 2012, where, with his new team within the Mechanical & Product Testing Departments, have seen both areas go from Strength to Strength resulting in a doubling of sales in a few years. Dave then went on to also manage the Phoenix Materials Testing Laboratory in 2018.
Dave is highly Customer focused and is always willing to assist with delivery or any customer questions.

In January 2019 Dave was promoted to Operations Manager, overseeing the day-to-day running of the Rotech & Phoenix Materials Testing Laboratories. 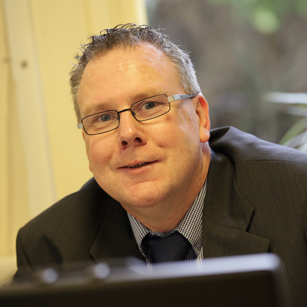 Rachel has been with us since June 2017, joining us as an Analytical and Corrosion Technologist.

She has a wealth of experience in her field, beginning her career with us as a chemist in aerospace, automotive and metal testing sectors after graduating from the University of Wolverhampton in 2013 with an honours degree in Biochemistry.

As our Head of Analytical and Corrosion Science, Rachel is responsible for the day-to-day chemical analysis projects to maintain timely delivery schedules, as well as the calibration and maintenance of equipment and instruments within the lab. Rachel is the point of contact for our customers that require chemical analysis testing services, and liaises with our clients on a daily basis. 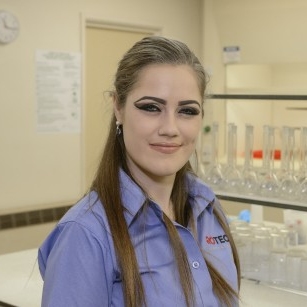 Carl joined Rotech in 2013 as Principal Test Engineer for Rotech's Mechanical Department. In 2018 Carl took on the responsibility for mechanical testing and in January 2019 was promoted to Head of Mechanical Testing.

Carl has over 30 years experience in Materials Testing specialising in Mechanical Testing. 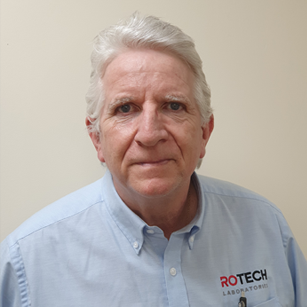 Stuart joined us in 2020 as our Quality Manager for both Rotech Laboratories and Phoenix Materials Testing Ltd.

Stuart is responsible for our quality management systems and procedures, and brings with him a wealth of experience and overall management of Quality and Compliance to support both Rotech and Phoenix. Stuart's previous experience includes working for Eurofins Ltd, where he was the Microbiology Quality Manager, and has held positions at Alcontrol Ltd, Exova Ltd, and Eclipse Scientific Group. 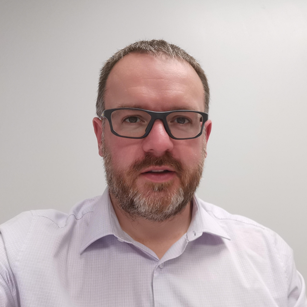 Julie joined Rotech Laboratories Ltd in October 2019 as Head of Administration. She has experience in auditing to ISO quality systems and in the operation of SAGE Line 50 and administrative accounts.