Our Metallurgy team have recently completed a series of investigative tests for a customer in the energy and fuel industry.

The customer relied on our team of skilled experts to determine the nature and cause of fracture in a screw sample.

The screw sample had fractured sooner than expected during service, resulting in significant downtime and loss of revenue because of the failed part.

We were chosen to carry out these investigative tests due to our reputation and expertise in providing failure investigation services on a variety of samples and components. Testing was carried out at our independent testing laboratory based in Wednesbury, West Midlands and completed within 10 working days, in accordance with the customer’s specifications and requirements.

Due to our expertise, our specialists were able to conduct a variety of investigative tests, including: During the testing procedure, the hardness surveys revealed areas of the sample that had been welded were above the generally accepted maximum hardness levels.

High hardness can lead to the material being locally notch sensitive, brittle and more susceptible to hydrogen cracking.

With these intricate findings, the customer was able to determine whether this was an operation fault where the sample was misused, or if it was a supplier issue where the part was supplied as faulty/flawed.

Other parts of the component on application of torsional/bending loads, had stresses concentrated at the weld run ends, where high hardness, brittle, heat affected zones were present. Consequently, fatigue fractures spread from these regions.

Our highly specialised analysis and reporting of the tests allowed the customer to re-evaluate the materials this particular component was made from.

The components were then remanufactured from new materials to avoid risk of damage to the equipment.

The tests carried out by the Rotech team allowed the customer to understand the mode of failure for their sample, and how to prevent this from happening again.

The failure of their sample resulted in significant downtime, loss of revenue, and the added risk of damage to their furnace and equipment because of the failed part. Do you have a component that has experienced premature failure or fracturing, and you would like to understand why this has occurred?

Our expert team of technicians will work with you to develop a comprehensive investigation and analysis of your product’s failure.

For more information, or to discuss your testing requirements with a member of our professional, friendly team, call us on +++0121 796 3192 or complete and enquiry form to request a call back.

You can also learn more about our fastener testing services here. 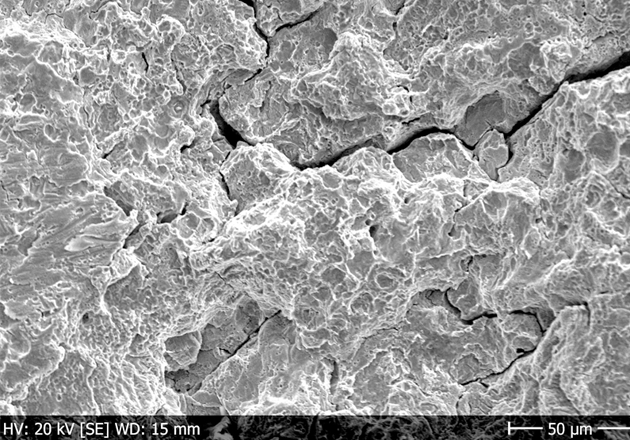